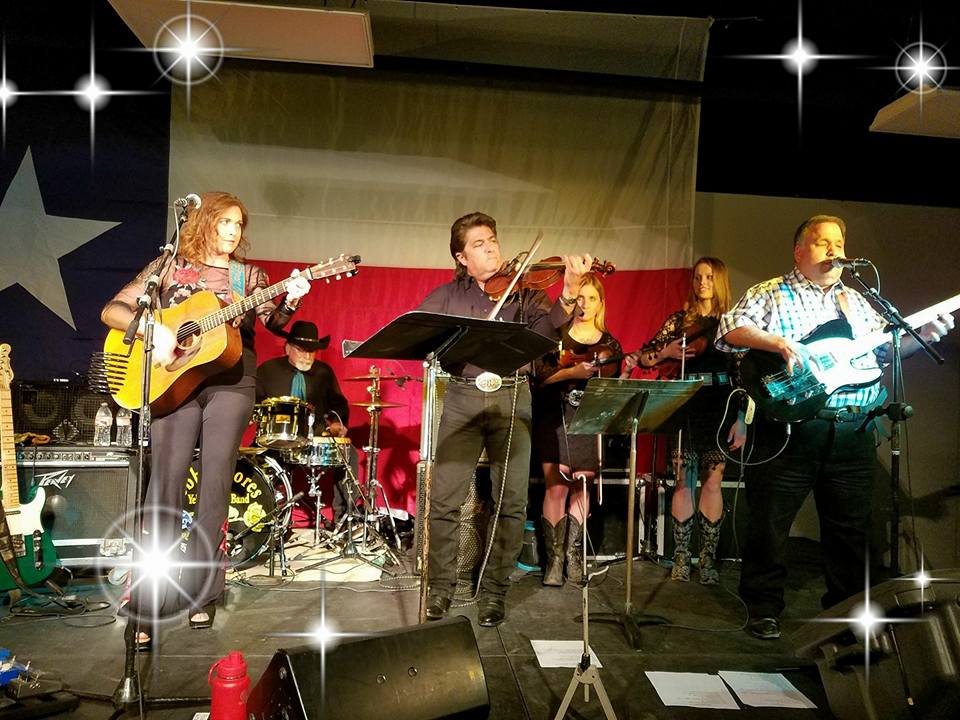 The Lea County Museum is hosting Bobby Flores and the Yellow Rose Band on Thursday, August 12th outside on the museum grounds, weather permitting. These musicians are a country and western swing band out of Texas featuring 3 fiddles. Bobby Flores was part of the Grammy award-winning team behind Freddy Fender’s 2002 album, La Música de Baldemar Huerta. He performed on violin and provided string orchestral arrangements for the album.

In August, Bobby Flores and his band will be entertaining Lea County locals at the museum with renditions of country and western swing music. Bring a lawn chair to get the best seats at the performance, though it might be difficult to resist the urge to get up and dance to the country western tunes. The performance will begin at 8:00 on August 12.  Admission is free.

You can learn more about Bobby Flores and the Yellow Rose Band on his website or Facebook page.

For more information about the upcoming event at the museum, contact the Lea County Museum at 575-396-4805. 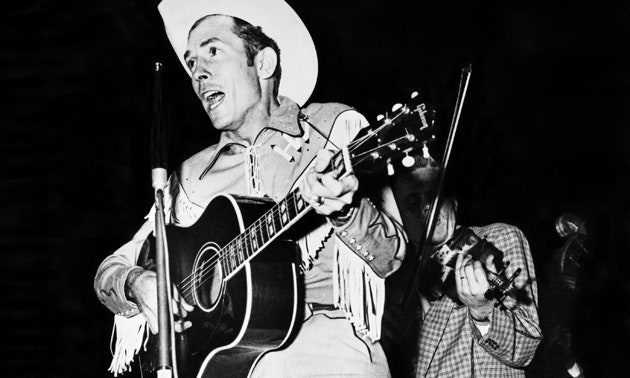 When Anthony Ray Wright and his band perform at the Lea County Museum on Friday night, July 16, at 8:00 p.m., they will be bringing a lot of country music history with them to Lovington.

In addition, singing and playing some of the songs Hank Williams made famous in the 1940s and 1950s, ARW will be reviving a lot of personal memories for folks who lived through those years or know the musical history of that era.

But in that brief life, Williams became a performer who may have been the most important musical artist in establishing and making popular the sound that the world associates with the dozens of different kinds of country music heard today.

That music became known as several different types of country music, from classic country, to western swing, to roadhouse, to outlaw country, and to the island music of Kenny Chesney.

Williams did that by recording such songs as

These days Anthony Ray Wright lives and works out of Austin where he and his band perform in a number of venues, such as the downtown Hole in the Wall, but he has performed solo and with his band all over Texas.  He has also performed for years in his home country of the Big Bend in far West Texas.

There he is a favorite in such venues as the Starlite Saloon in Terlingua, the ghost town where he has been a featured artist in many music festivals.

Earlier this year he was performing as far away from Texas as Cincinnati, Ohio and Madison, Indiana.

In November he will be back home where he will appear at Alpine’s Art Walk annual art and music festival.

This will be his second appearance at the Lea County Museum in Lovington.

Like Hank Williams, Wright has been singing and playing music since he was a kid.

Also like Williams he is fond of traveling the back roads of America and writing songs and singing about his adventures during those travels.

His latest album is titled “The Foolish:  Anthony Ray Wright.”

Reviewers have written of him and the latest album:

“Anthony Ray Wright is a Texas treasure.  His roots reach deep into Americana.  His songs draw from the rich experience of roving across the US. Delivering an invigorating rock n’ roll-honky tonk performance is ARW’s calling card, but The Foolish Anthony Ray Wright reveals a more pensive side.”

He will perform in the Lea County Museum Pavilion.  If there is rain or poor weather conditions, the program will take place in the LCM Town Hall just across Central Street from the county courthouse.

All LCM programs are free.

For more information about the concert, call the LCM at 575-396-4805 or email leacomuseum@leaco.net. 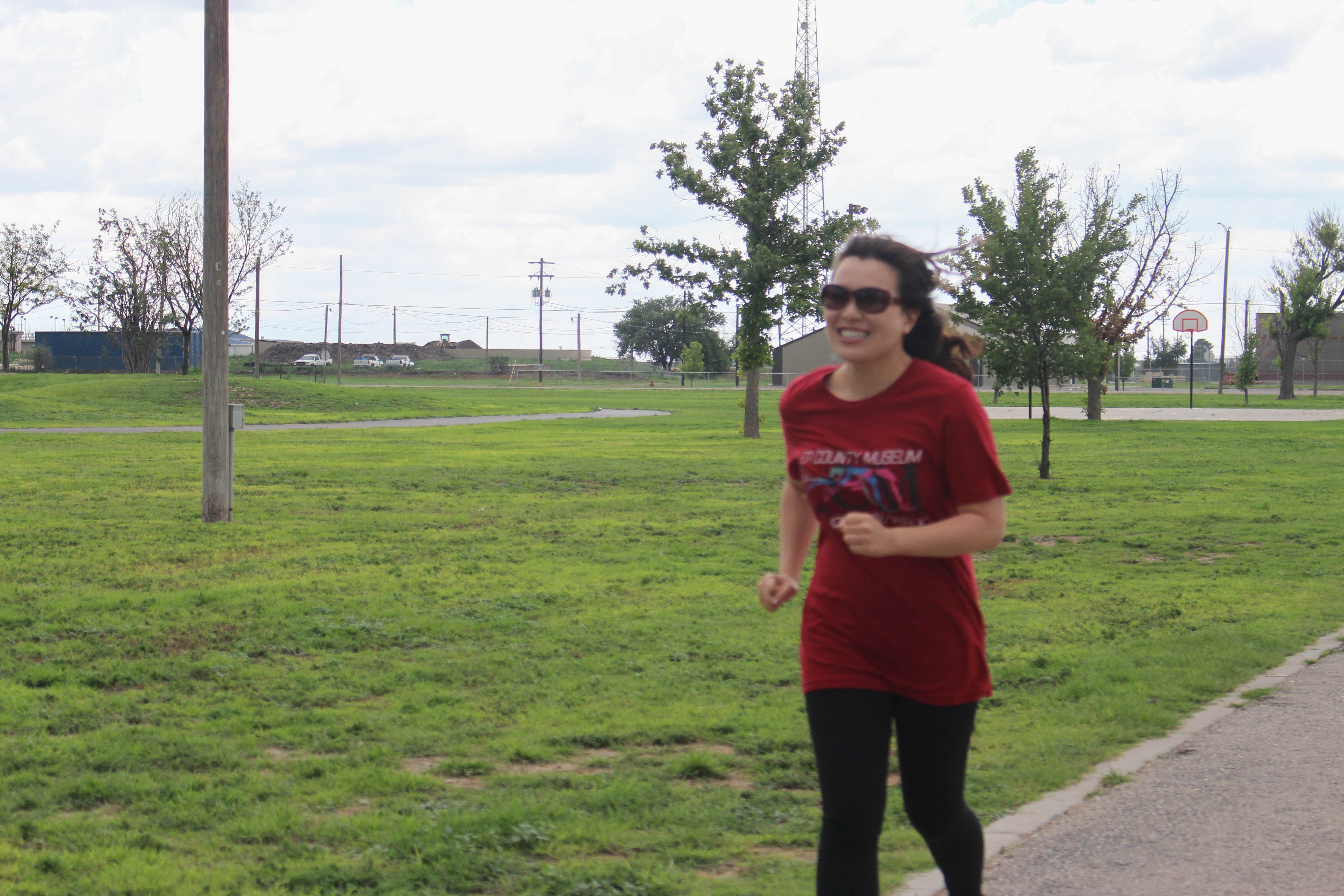 The Lea County Museum hosted its annual Run & Walk, and this year, like last year, it went virtual. Despite being virtual, it’s no less exhausting, though! We’re grateful for all our participants who went out there and gave it their all.

Click here to skip down to the table of results.

Below are this year’s Run/Walk participants with their group rankings.

The following people signed up to participate but did not report their times. In addition, many unnamed family and friends joined our virtual runners and walkers this year.

The Lea County Museum in Lovington, New Mexico is open Tue-Sat from 9 a.m. to 5 p.m. Admission is FREE to all exhibits and most programs! Arrangements can be made for other times (except Sunday) by calling 575-396-4805. Closed on New Year's Day, 4th of July, Memorial Day, MLK Day, Labor Day, Thanksgiving Day (and Friday after), and Christmas Day.

Your privacy is important to us. It is Lea County Museum's policy to respect your privacy regarding any information we may collect from you across our website, http://www.leacountymuseum.org/, and other sites we own and operate.

We only ask for personal information when we truly need it to provide a service to you. We collect it by fair and lawful means, with your knowledge and consent. We also let you know why we’re collecting it and how it will be used.

We only retain collected information for as long as necessary to provide you with your requested service. What data we store, we’ll protect within commercially acceptable means to prevent loss and theft, as well as unauthorised access, disclosure, copying, use or modification.

We don’t share any personally identifying information publicly or with third-parties, except when required to by law.

Our website may link to external sites that are not operated by us. Please be aware that we have no control over the content and practices of these sites, and cannot accept responsibility or liability for their respective privacy policies.

You are free to refuse our request for your personal information, with the understanding that we may be unable to provide you with some of your desired services.

By accessing the website at http://www.leacountymuseum.org/, you are agreeing to be bound by these terms of service, all applicable laws and regulations, and agree that you are responsible for compliance with any applicable local laws. If you do not agree with any of these terms, you are prohibited from using or accessing this site. The materials contained in this website are protected by applicable copyright and trademark law.

These terms and conditions are governed by and construed in accordance with the laws of New Mexico and you irrevocably submit to the exclusive jurisdiction of the courts in that State or location.